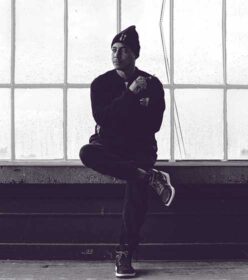 “People of today should not bear the burden of the laws of yesterday; while the world has changed and we are able to profit from the industry, it is our civic duty to liberate those who do not enjoy this privilege.”

TOQi has taken charge in leading the Fellowship opportunity, which will fund and support Cannabis Amnesty to hire two paid summer interns with the support of Aurora Cannabis.

As Canadians benefit and prosper from the legalization of cannabis, these groups continue to suffer. One of the central objectives of Cannabis Amnesty is to disrupt the way that systemic racism in the criminal justice system has created barriers to economic opportunity for marginalized communities.

Cannabis Amnesty is a registered not-for-profit organization focused on righting the historical wrongs caused by decades of cannabis criminalization, particularly its impact on racialized communities. Since 2018, Cannabis Amnesty has been at the forefront of advocating for justice and fairness on behalf of those who continue to suffer as a result of cannabis convictions. We challenge the stigma of cannabis convictions, lobby the government on behalf of communities harmed by criminalization and champion equity within the cannabis industry. Learn more at www.cannabisamnesty.ca and follow us on Instagram, LinkedIn and Twitter.

The TOQi Fellowship is a 12-week internship program that takes place in Toronto, Ontario–the location of the headquarters of Cannabis Amnesty. Two interns will be hired. The Fellowship will run from May 16, 2022 to August 12, 2022.

This Fellowship program is focused on mentorship and skill-building around effective communication and advocacy in the not-for-profit sector, particularly as it engages with government and the for-profit cannabis industry. Interns will be directly supervised and mentored by the Cannabis Amnesty Board members, with the support of TOQi CEO, Drew Henson. Interns will also have the opportunity to engage with program partner, Aurora Cannabis, to learn more about the cannabis industry.

Post-secondary education is an asset but not required. We understand systemic barriers exist that exclude people from marginalized communities from these institutions.

We strongly encourage applicants who identify as BIPOC, underrepresented community members and those who have been affected by cannabis prohibition.

The 12-week program will involve training on the following aspects of building a communications strategy for not-for-profit organizations:

Over the course of the internship, interns will be expected to perform the following duties:

Please provide the following materials in support of your application to fellowship@mytoqi.com:

Please note that due to the volume of applications received, we will only be contacting you if you have been chosen for an interview. We are unable to provide feedback to unsuccessful applicants.

Benefits of the Fellowship

The TOQi Fellowship offers interns a generous compensation package designed to challenge the market’s chronic under-valuation of the work of people who come from marginalized groups. 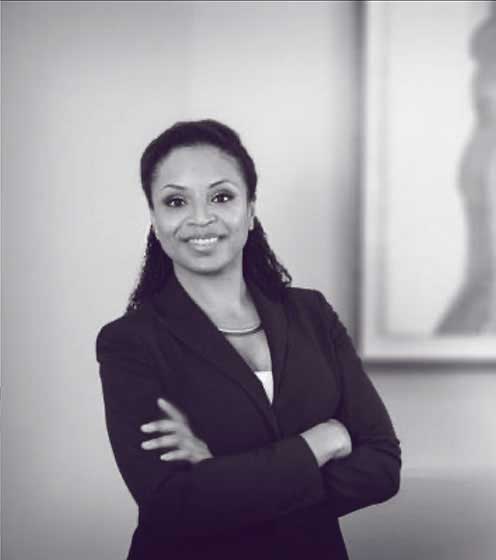 Described by the Toronto Star as a “brilliant, young legal mind,” Annamaria Enenajor is a formidable advocate both inside and outside the courtroom. She is a partner at Ruby Shiller Enenajor DiGiuseppe, Barristers, one of Canada’s Top 10 criminal law boutiques according to Canadian Lawyer magazine. She practises criminal, regulatory and constitutional law as well as civil law when it involves state accountability. She has argued before all levels of court in Ontario and at the Supreme Court of Canada. Annamaria graduated from the McGill Faculty of Law as the Principal David L. Johnston Gold Medalist with both common law and civil law degrees in 2012 and subsequently clerked at the Supreme Court of Canada for Chief Justice Richard Wagner.

Annamaria is an outspoken public advocate for evidence-based and compassionate criminal justice reform, and frequently writes, lectures and consults on access to justice and creating a cannabis legalization regime that is equitable and inclusive for all Canadians. Her passion in this field led her in 2018 to found Cannabis Amnesty where she is currently the Executive Director.

Annamaria’s work has been profiled in Flare, the Toronto Star, The Globe and Mail, and in Toronto Life. She has received numerous awards and recognitions for her public advocacy, including being named one of the 50 most influential Torontonians of 2018 by Toronto Life and one of the 32 Women of the Year in 2018 by Chatelaine. 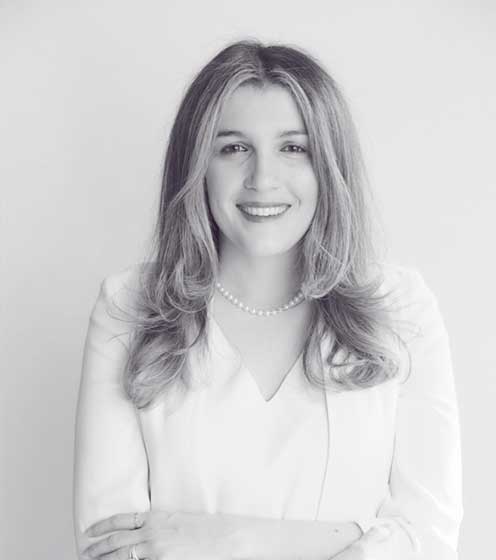 Stephanie DiGiuseppe is a founding member of Cannabis Amnesty, a partner at a Toronto litigation firm, and an advocate for systemic change in the areas of criminal justice reform and equality, diversity and inclusion.

Stephanie’s advocacy work spans from reducing barriers and increasing capacities for youth in the criminal justice and school system, lobbying the Canadian government for humane and compassionate justice system reform, and working with communities affected by cannabis prohibition through her work with Cannabis Amnesty.

As Cannabis Amnesty’s Director of Operations, Stephanie has managed key partnerships with industry leaders such as Canopy Growth, Houseplant, Hiku Brands, HEXO, Aurora and others. She has spearheaded some of Cannabis Amnesty’s most exciting projects, including the Doja x Cannabis Amnesty PARDON sub campaign and PARDON truck activation, which was a finalist for the 2019 Canadian Cannabis Award for Top Non-Profit, Charity or Community Initiative.

In the courtroom, Stephanie defends individuals in complex criminal and public law proceedings and has been counsel on some of Canada’s most high profile criminal case. In 2020, Stephanie received the Precedent Setter Award, which recognizes lawyers who have “become masters of their practice areas and agents of change in the community”. In 2022, Stephanie was selected by her peers as one of Canada’s “Best Lawyers” in the area of criminal defence and in 2021 as one of Toronto’s Top Criminal Defence Lawyers by Post City’s TRNTOPublication. 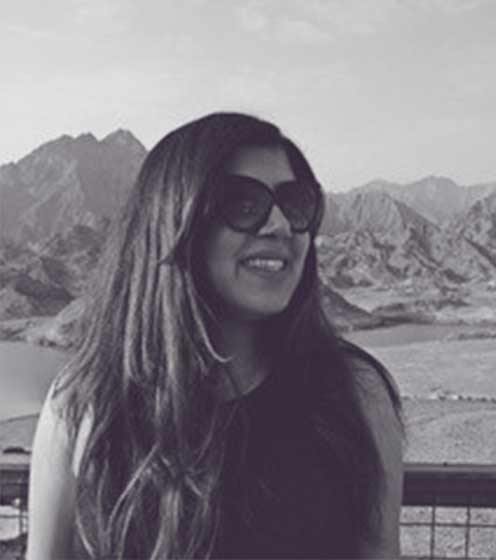 Sameena Ibrahim is a brand and strategy leader with over a decade of global experience working in the sports, lifestyle and cannabis sectors. Her role at Cannabis Amnesty is Director of Marketing & Communications, and she has led the brand re-launch by bringing in the multiple award-winning agency, Cossette, to work on strategy, design and creative for the organization.

Prior to joining Cannabis Amnesty, Sameena was based in Dubai, where she worked at adidas, managing PR and Brand Activations for the iconic sports brand and its subsidiaries across the Middle East and North Africa. Since moving to Toronto in 2019, she has worked in the cannabis industry, building brand and retail strategies while navigating the industry’s constant evolution as an immigrant WOC. She is passionate about equity in the cannabis industry and believes that there is a long way to go in recognizing and undoing the harms that decades of prohibition has caused. 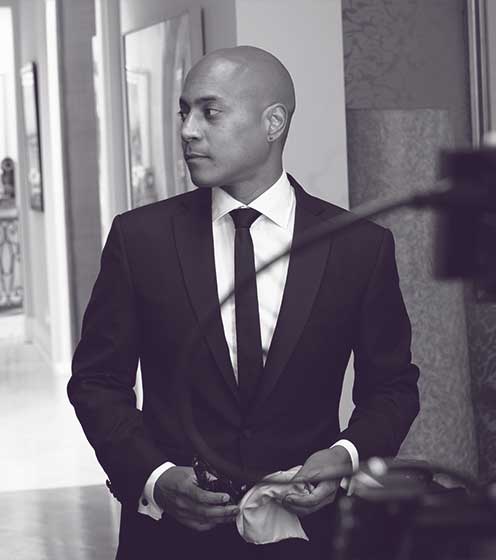 Drew Henson is an award-winning designer, entrepreneur and founder of twenty2b, a lifestyle and technology product design studio based in Toronto, Canada and founder/CEO of both SEAM Technic (an IoT personal safety platform) and TOQi (a cannabis technology company). Armed with both a B.Sc. in Engineering Physics from The University of Saskatchewan and a Masters in Industrial Design from Italy, Drew balances the requirements of both fields naturally in any design strategy.

Drew was previously the Chief Design Officer at Foream Network Technologies Ltd. (Shenzhen, China) and Director of Products for Drift Innovation Ltd. (London, UK), where Drew created dozens of designs for wearable cameras and accessories. This experience includes working directly with NASA to clear his award-winning Drift Ghost-S design for the International Space Station, where 3 Ghost-S cameras were deployed. Drew has been awarded with 2 iF Design Awards for Product Design, 2 Red Dot Design Awards, and was the winner of the 2010 AEA Renault F1 Innovation Design North America and a top ten Global Finalist presenting at Renault F1 headquarters. Drew’s design for the Lotus by SEAM was a finalist for the SXSW Interactive Innovation Awards. Most recently, TOQi took home ‘Best Vape Technology Winner’ by the Budtender’s Association and 2nd Place for ‘Accessory Brand of the Year’ in the 2020 ADCANN awards during its inaugural year.

There’s work to be done…

While difficult to pin an exact number, it is estimated that 500K+ Canadians have records for cannabis-related offences

Since the government passed Bill C-93 to provide expedited pardons for simple cannabis possession offences in 2019, less than 500 pardons have actually been granted.

The amount of time it takes to share this Fellowship to help get the message where it needs to go. 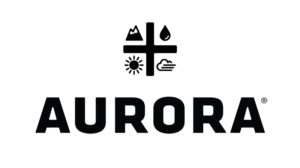 “As a proudly Canadian company, Aurora values our roots in advocating for cannabis record pardons with Cannabis Amnesty. We have a responsibility to those who have been disproportionately impacted and commit to doing our part. Canadians, or anyone for that matter, shouldn’t be burdened with a criminal record for a minor, non-harmful act that is no longer a crime. We deeply admire the team at Cannabis Amnesty for their relentless pursuit of fairness and are honoured to be a part of affording others the opportunity to also be a part of this critical cause.”

Apply for the role